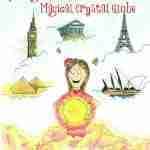 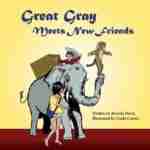 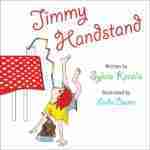 SAFE TRAVELS! Demetra Tsavaris-Lecourezos kicks of her kids’ travel series with Young World Travelers and the Magical Crystal Ball. A group of kids travel to Queens in this first book . . .next stop? Greece! Book 2 due out soon.

EDU-TAINMENT from around the globe! The series begins . . .

With a Magical Crystal Globe, where would you go?

A group of friends from a small Florida town set off on an adventure to New York, using their imaginations and Mrs. Eva’s Magic Crystal Globe. “Close your eyes …” she says.

Poof! The Young World Travelers are in Queens, New York, for their first Magical Crystal Globe adventure, where they visit famous sites, such as the Queens County Farm, a civil war fort, and Flushing Meadows, the site of the 1939 and 1964 World’s Fairs!

They ride a train, a covered wagon, and a classic car to their various destinations, sometimes even dressed in the clothing of the times! Suddenly faraway places are not so far, and history meets the present in a colorful display of imagination.

Will you become a Young World Traveler too?

Young World Travelers and the Magical Crystal Globe is 45 pages of history and vibrant premium color images, all wrapped up in an 8×10 glossy hardback cover.

While Demetra was born and raised in Woodside, NY, her family roots stem from Tarpon Springs, FL, where she currently resides with her daughter, Katerina, and owns Given With Love, a custom gift shop. The youngest of five, she has two sisters and two brothers.

For thirteen years, Demetra enjoyed managing an interior design showroom in New York City, but at the age of thirty, she decided she needed a more secure job with benefits. She felt fortunate to become a part of “Corporate America,” where she remained for nearly nine years. Among other things, her responsibilities at Morgan Stanleyincluded overseeing an internal mentoring program and managing the firm’s “Big Brothers Big Sisters”program. Demetra enjoys teaching children, opening their hearts and minds to the fascinating world around them. She has always loved being around children, and as a young girl, she dreamed of having five of her own, just as her mother and grandmother had. Fate had something else lined up for her.

In 2001, she bumped into her high school sweetheart, Constantinos (Gus) P. Lecourezos, on a street in Manhattan on her way to the office. For twenty-one years, they had lived separate lives, and in 2004, they were finally married. The following year, their daughter Katerina was born. In 2008, misfortune hit home. Gus was diagnosed with pancreatic cancer and lost his battle in 2009. Before his passing, Gus worked with Demetra to create the initial ideas for Young World Travelers, an educational series of books.

Rick has been creating art since he was a child, and he got his first camera when he was only seven years old. He earned a masters degree in art education in 1985, which led him to become proficient in a variety of media in order to teach art. He has taught students from preschools to colleges and adult education. His two great loves as an artist are oil painting and photography, but he also excels in pastels, pen-and-ink, charcoal, colored-pencil drawing, and mixed media.

He has shown his work across the United States and is an award-winning artist. Copies of his art work have been distributed worldwide.

Rick has written for years and has recently had his first novel published with thewordverve: Strange Times in Yeehaw Junction. Now he also uses his imagination to paint pictures with words. Follow his personal ramblings on his blog at strangetimesbysanders.com