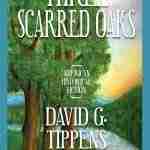 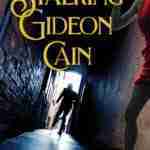 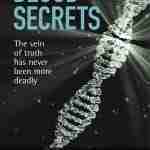 The long war with the British was still raging. In Georgia and the Carolinas, the fighting was especially intense and harsh. The saga continues in this, the third book in the Bonds in Love & War series.

The long war with the British was still raging. In Georgia and the Carolinas, the fighting was especially intense and harsh.

The Glynnes and their family, friends, and fellow Patriots were fierce in their quest to oust the hated British from the country. Numerous small but important skirmishes took place with the British and Loyalists, sometimes with Creek or Cherokee warriors. The Glynnes were instrumental in providing leadership, men, weapons, ammunition, and food for the cause. In a concerted effort, a herd of cattle was driven to feed the American forces around Augusta, orchestrated by Glynne family members.

The Burntthorne family, loyal subjects of the British Crown, continued in their quest to destroy the Glynne family and anyone associated with them. Even after the war was over, the Burntthorne clan bitterly sought vengeance and revenge on the Glynne family. The saga continues in this, the third book in the Bonds in Love & War series.

David lives in Canton, Georgia, in what was a part of the Cherokee Nation along a small tributary of the Etowah River near the site of Hickory Log Town. Many arrowheads and other Native American artifacts have been found on his land. Family has lived in Cherokee County since 1836, prior to the Cherokee removal in 1838.

Born in Atlanta, Georgia, David grew up and attended public schools in Cobb and Cherokee counties. He is a graduate of Shorter University, Reinhardt University, and the American Institute of Banking.

He became a very enthusiastic student of history, particularly American history, while in elementary school. He has visited several Civil War, Revolutionary War, and War of 1812 battlefields and other historic sites and museums. An avid student of Cherokee Indian history, myths, and legends, he has visited a number of sites of Cherokee Towns.

Current projects include taking pictures of every historical marker pertaining to the Civil War Atlanta Campaign of 1864. He has plans for more writing—novels, short stories, and songs.

You can reach David for book signings, interviews, and speaking engagements through his publisher at writenow@thewordverve.com.

“Not unlike the mythical weaver who spun his threads of gold, David Tippens spins his tales of old by weaving his fiction with historical fact, resulting in wonderful golden narratives threading through the American landscape and experience. I thoroughly enjoyed his first book, Two Bent Trees, and [second], Two Falling Waters, only adds to David’s incredible story of America’s history.”
~ Larry Cavender, radio personality, retired English teacher, and author of A Patchwork Quilt, Another Patchwork Quilt, and soon to be released, The World Turned Upside Down