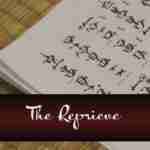 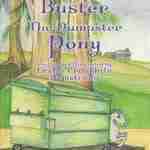 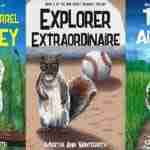 The “One Crazy Squirrel” Trilogy

When a man kills and observes killing in war, he is indelibly changed, the trauma stamped upon his soul. Forgiveness and blessings are his only reprieve.

This is a heartwarming Christian novella, just one of five great books by Phil Emmert.

When a man kills and observes killing in war, he is indelibly changed, the trauma stamped upon his soul.

Tommy Neal, a depression-area Hoosier farm boy, never dreamed his life would change so drastically or so quickly until that fateful day: December 7, 1941. President Roosevelt said it was a day that would “live in infamy,” and indeed it was such a day for thousands of American and Japanese families.

Tommy and his friends had been eager to sign up and fight for their country. What an honor it would be. In the end, however, his mind was troubled and his heart consumed with guilt.

How could he ever be at peace with himself?

Tommy finds his reprieve through a series of unexpected events and with the help of God, family, a professor, a woman, and a baby.

Also click to learn more about Phil Emmert’s other books: When War Was Heck and the followup The Afterglow of War: Lessons Learned as well as The Overcomers and America Rebooted.

Born in 1937 during the Great Depression, Phil Emmert was raised near Lebanon, Indiana. At the age of thirty-three, he left a well-paying job with Dow Chemical Company, sold his little farm, and took his family to Knoxville, Tennessee, where he enrolled and completed four years at Johnson Bible College (Johnson University).

Phil preached in several small congregations in Tennessee and North Carolina. At the same time, he held several different secular jobs to supplement his income. As a school counselor, he wrote weekly inspirational thoughts for teachers and staff.

At age seventy-seven, he published his first book, When War Was Heck, followed by The Afterglow of War: Lessons Learned, which were reflections from his childhood and teen years. Phil of late has changed his focus toward more Christian-based stories. The Overcomers, America Rebooted, and this latest one, The Reprieve.

Phil acknowledges that he was a poor student in high school and even later in college. He often jokes that he wishes his teachers and professors could see him now. However, through his varied life experiences, he has become an appealing communicator and storyteller.
Phil and his wife Bea live in Washington, North Carolina.

They drive fifty-five miles twice a week to a neighboring county where he still preaches in a small congregation.